How will an increase in intra-regional trade strengthen the economies of African states?

Across most of Africa the agricultural sector is primarily an export sector, including to regional cross-border markets but there is a demand gap of €39 billion. The more you integrate African markets, and the more you allow goods to move competitively and at reasonable cost across borders, the better you will position African smallholders to compete in these markets and to reap the benefits of the increasingly large demand gap. There are a lot of commodities being produced that are Africa-specific, like white maize, cassava and millet, and these are primarily regionally traded.

Intra-African trade is also important for the future of Africa and its agricultural sector, because a key factor in the current demand is the rising middle class in Africa’s rapidly growing urban centres. There is evidence that, as incomes rise among the middle class, these urbanites are not importing more caviar, wine and cheese, but are demanding more traditional local staples. They want their staple foods to be processed so that they are easier to cook with better packaging and food safety standards. Stakeholders across all segments of these emerging value chains – from packaging and advertisement, distribution, processing, certification, to food safety service providers – would be primary beneficiaries of greater intra-African trade in agriculture.

Can you explain some of the key constraints to agricultural trade in Africa?

Underinvestment in infrastructure and unconducive regulations and policies inhibit the movement of commodities across borders, which in turn raises the cost of trading. This has to change; as long as these constraints exist, intra-regional trade cannot increase and smallholder farmers will continue to be penalised. Farmers need access to regional markets in order to raise their incomes. It needs to be understood that trading with neighbouring countries in times of shortfall is an opportunity for farmers to make more money. In Eastern and West Africa, we are seeing efforts to remove all policy and regulatory obstacles to commodity movement. We have not yet turned the corner, however, as many countries too often still resort to export bans and other interferences in trade with their neighbours. Policymakers need to understand that markets – when they work – work for everybody and they work well. Governments have to accept the idea of regional common markets, where goods are allowed to move freely. Intraregional markets are part of the solution and not part of the problem.

What are some of the key emerging trends in African trade and what implications do these have for the future of the agricultural sector?

Fruits and vegetables have become quite a dynamic sector, especially in West Africa. For example, Senegal’s fruit and vegetable exports to the EU have grown by 50% per year between the early 2000s and a couple of years ago. Green beans, mango and cherry tomatoes are some of the main exports. Senegal is not alone – exports from Burkina Faso, Côte d’Ivoire and Mali are also increasing. Proximity to the European market and a growing urban demand have helped stimulate growth in this sector.

Another new trend is the rapid transformation of traditional staples value chains. For instance, in the early 1970s, millet was available for consumption only in places where millets were grown. Now I can get millet-based products, made in Mali or Senegal, in several stores around Washington DC. Processed staples have entered the urban consumer market, which is a very exciting new development. The tens of thousands of new enterprises enabling this to happen need to have access to technology to spur product and process innovation, as well as access to capital to invest in growing their businesses. Finally, they need a regulatory environment that allows them to be competitive. There is a lot that needs to be done to make sure that enterprises can become larger, more profitable businesses, which can seize on the opportunities resulting from the rapid increase in food demand in urban and cross-border markets. 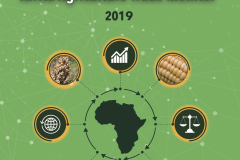 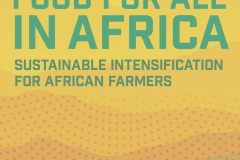