In 2016, Ismaël Tanko, founder and CEO of Tim Agro, launched his first batch of tomato puree on the market in Togo. Initially working alongside his wife and brother-in-law, Tanko now manages a company with eight permanent employees, all under 35, and more than 60 temporary staff during the harvest period.

“When I began to work on producing and selling tomato puree, my initial aim was to try and resolve a critical problem faced by farmers – their post-harvest crop losses,” Tanko explains. During the wet season, tomato growers are faced with a glut of unsold produce, whereas during the dry season tomatoes become a rare commodity and prices increase significantly. To address this problem, Tanko set about learning the best methods for preserving tomatoes via the internet.

With financial assistance from friends and a bank loan, Tanko initially spent several years conducting research – wherein he produced an annual sample of puree, in order to gradually refine the production method he had found online. From a first production run of 0.8 t in 2016, by 2017 Tim Agro had produced 30 t – and has forecast a five-fold increase in production, to 150 t, in 2018.

Having initially purchased his tomatoes from the market stalls in Lomé, Tanko is now planning to contract directly with smallholders. “Every farmer will receive a fixed price, with a variable commission, depending on the surface area of their land and the quantity of tomatoes they manage to produce,” Tanko explains.

The product’s selling point is to be found in its production “without any additives or preservatives,” which is in contradiction to negative preconceptions concerning packaged puree in the Togolese market. “In Togo, we are on sale in over 40 supermarkets as well as other shops,” Tanko says, with the puree also distributed in Benin, Burkina Faso and Mali. His ambition is to have his products on sale in 24 African nations by the end of 2019, having already initiated plans to receive funding for the infrastructure required for expansion.

To other budding entrepreneurs, Tanko advises, “Focus on two key areas: the quality of the product and its packaging,” and from there, they can dream of “reaching the heights.” 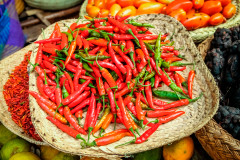 With Sooretul local products are just a click away A sea change for local fisheries in Benin 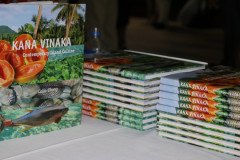