Highly prized by communities in Central and West Africa, giant snails can also help combat malnutrition and poverty. Gathered only during the wet season, they are in short supply so farming these gastropods is becoming increasingly necessary.

Eating giant African snails, predominantly the Achatina achatina and Archachatina marginata species in Central and West Africa, has outstanding health benefits. They are rich in protein, low in fat and contain amino acids and iron. They also help to combat anaemia. With demand for snails generally outstripping supply, agricultural development, deforestation, slash-and-burn farming and over-harvesting are presenting an increasing threat to the wild population.

The development of small-scale giant snail farming is therefore beneficial in more ways than one. It can help combat malnutrition but also generates additional revenue for those practicing it, thus contributing to poverty reduction. A study carried out in Nigeria (Reducing poverty through snail farming in Nigeria by O. Mary Agbogidi and B.C. Okonta) has illustrated that snails not only contribute to diet but are also a significant source of income for farmers living in and close to rainforests. Collected in the wild during the rainy season, they are sold along roadsides and at rural and urban markets.

The study concludes that Nigeria would benefit from domesticating these gastropods to make them available year-round and to reduce prices. During the dry season when the snails hibernate, revenues generated from sales are 1.5 times higher than during the rainy season. Commercial farming is still underdeveloped.

However, investment requirements are relatively low in terms of capital, equipment, labour and financing. Farming can be carried out outside houses as long as the snails are kept in a well-enclosed space; the only real restriction is that gastropods require a constant temperature and relatively high humidity.

These shelled creatures can cause significant damage to crops if they escape; as herbivores, they eat all kinds of leaves, fruit and roots. But these foodstuffs are much less costly than for other farmed animals, such as poultry.

Fried, grilled, dried, buttered or cooked in stock, giant snails are found in many dishes and sauces throughout West Africa. While the shells can be sold in souvenir shops, when ground, they can be used as food for poultry. Professor Daniel Zongo from the Graduate School of Agronomy in Yamoussoukro in Côte d’Ivoire has developed a powder from snail flesh and shells.

Easily smoked or dried, the flesh can also be frozen or canned, which requires more significant investment. Angelo Beni from the company ODAS in Cotonou, Benin entered the sector in 2014: “The younger generations like snails but are often not familiar with how to prepare them and have less time than older people. Our aim is to ensure that snail meat is ready to use like any other kind of meat, to enable rapid cooking and to make it available in the frozen product aisles.”

With an initial investment of 60 million CFA francs (around €92,000), the plant processes 800,000 snails per year which amounts to around 30 t of meat packaged in 300g and 500g sachets and 3kg cartons. ODAS buys the snails from a network of individual pickers, who gather them in the wild, and cooperatives practising snail farming throughout the sub-region. Today, ODAS primarily distributes its frozen products in Cotonou as well as small quantities in Nigeria and Togo.

The company eventually plans to expand throughout the entire sub-region. Giant snails are a resource for the future if they can be successfully protected through farming. Through a public-private sector initiative in Cameroon, farmers are being provided with improved seed to enhance their production and supply local industries. 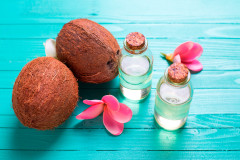 In Pacific Island countries, entrepreneurs are working together with small-scale farmers and local communities to develop world-class natural beauty products for sale in the regional tourist sector as well as for export to international markets. 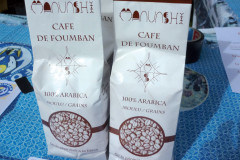 From the nursery to the cup

Cameroon’s export coffee sector has had trouble taking off. But stakeholders who believe in its future are readily integrating into the value chain - right to the consumer’s cup.